Large evergreen tree, Magnolia Gallisoniensis stands out for its grandeur and its great aesthetic impact, characteristics that make it one of the most sought-after outdoor plants on the market.

Very suitable for the decoration of large parks and gardens with an important size, if properly pruned it can also be used in medium-sized gardens. It grows very tall, in fact it can measure up to 25 meters. 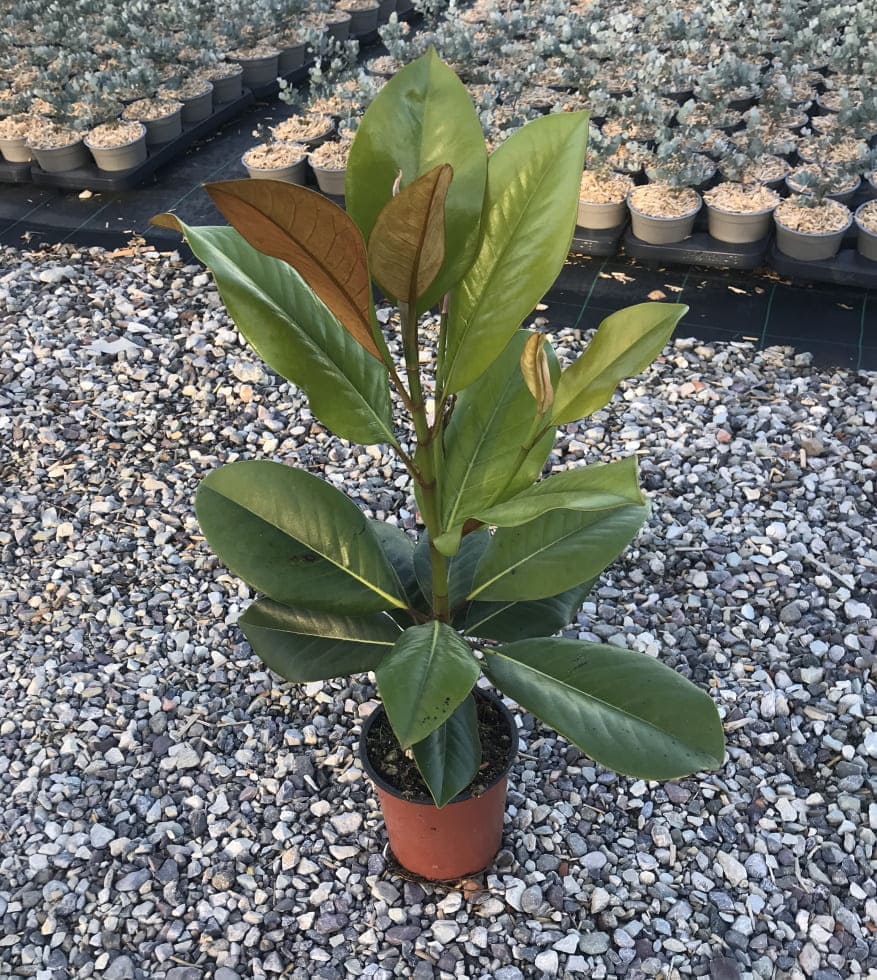 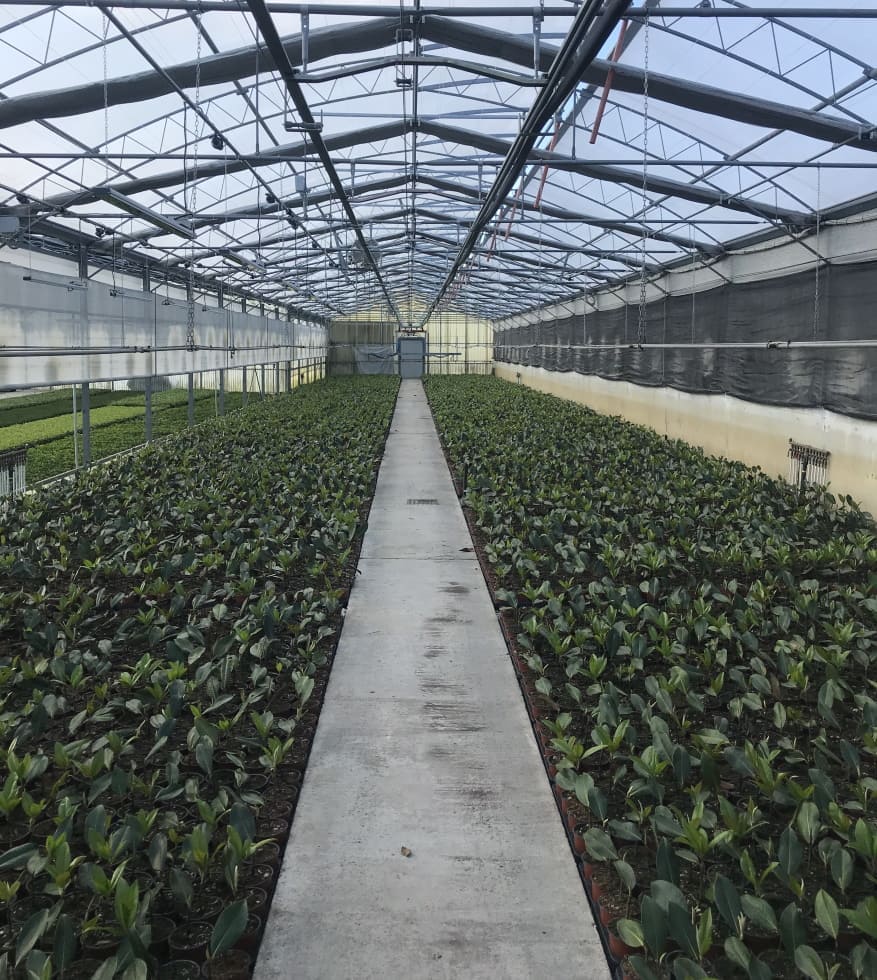 This variety of Magnolia, coming from North America but selected in France by Baron De La Galissonnière, is characterized by a dense and thick crown, with an elegant conical shape. It has large oval or oblong leaves, leathery and shiny, dark green in the upper part and a marked rust color in the lower part. The peculiarity of the large leaves of this imposing conifer makes them often used by florists to embellish floral compositions.

In the period from May to September, it produces a large number of flower buds, about 20-25 cm wide with a beautiful creamy white shade, which give off an intense perfume.

Following the flowers, there are also fruits, which look similar to a pine cone but, once opened, show inside them seeds of a warm orange-red color. The first flowering can be glimpsed around seven to ten years of age of the plant.

Also called by the name Magnolia Grandiflora Gallisoniensis, this large evergreen tree, thanks to its beauty and elegance is often chosen for the decoration of groves and gardens of large villas and castles, to be transplanted in tree-lined avenues or near monuments. 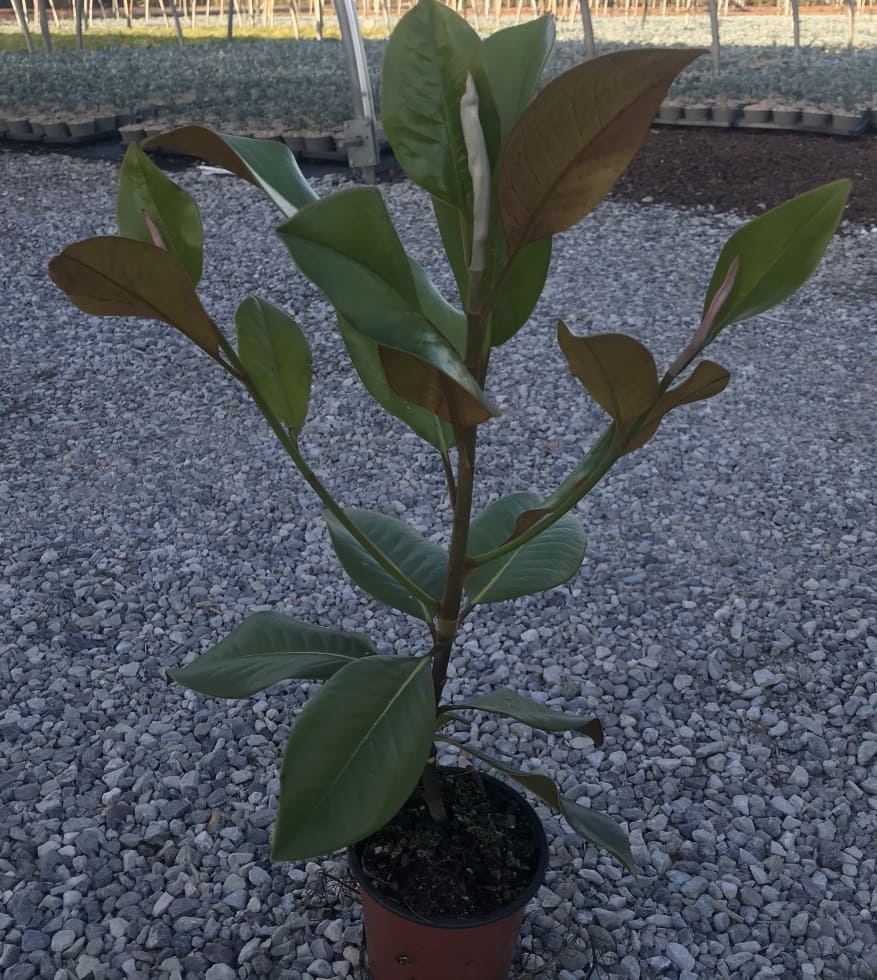 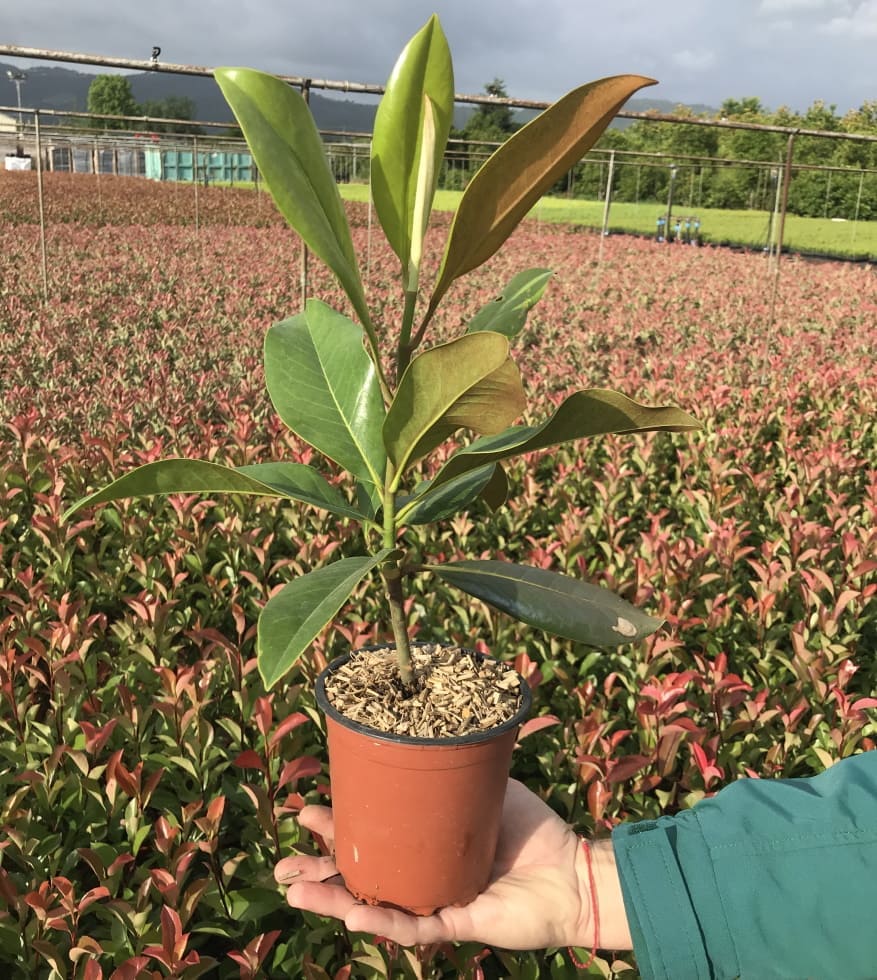 The important thing is to take care to position it at the right distance from buildings and constructions, given the large dimensions reached by both the foliage and the roots.

The ideal soil to place this evergreen Magnolia tree is cool, moist and deep soil. It loves to be planted in areas characterized by a mild and summer climate and good sun exposure.

It can withstand the sultry heat and tolerate the cold, but it is important to place it in places that are fairly sheltered from the wind and well heated by the sun’s rays.

However, it is suitable for overcoming our winters in good condition, as it has a resistance down to -12 ° in temperature, for periods of limited duration.

It also demonstrates good resistance to pollution, so it can also be chosen as an ornament for gardens and parks in large cities or densely populated residential areas.

Within our Vivaio Vettori Giovani Piante based in the province of Pistoia, we personally take care of the production of the alveoli of all the species of conifers, evergreen bushes and Mediterranean plants we market.

The young plants of Magnolia Gallisoniensis are grown by always selecting 2/3 cuttings and, subsequently, sprouted several times in order to guarantee perfect rooting.

The use of a targeted irrigation system with specific bars allows us to obtain the maximum uniformity of the product, whose quality is guaranteed by the exclusive use of fertilizers and organic products, which our company has been using for years for all its crops.